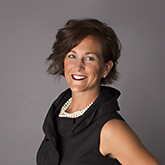 Christie oversees all aspects of The Tribute Companies, which own four cemeteries in Wisconsin as well as Precast concrete manufacturing facilities in Illinois and Indiana and an Architectural firm that specializes in cemetery and funeral home design and development. Christine currently serves as Past President for the International Cemetery, Cremation and Funeral Home Association (ICCFA) and has served extensively on Board of Directors and in Officer positions for other state, regional and national associations. 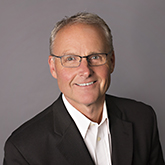 Director of Buildings and Grounds

Clyde oversees all aspects of operations for each company owned cemetery and the buildings for all Tribute locations. His responsibilities include: grounds personnel development, purchasing, and safety compliance at all Tribute locations. He has owned and managed operations for cemeteries for over 25 years and has been active with the Wisconsin Cemetery Association and served as Cemetery Chairperson for the Wisconsin Cemetery Board under the direction of the State’s Department of Safety and Professional Services. 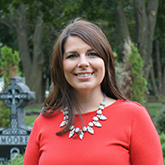 Amanda was born and raised in the Upper Peninsula of Michigan. She graduated from Northern Michigan University in 2007 with her Bachelors of Science, Public Relations/Communication Studies degree. Amanda and her husband Michael moved to Madison in 2011 and relocated to the Green Bay area in 2015. Amanda loves to redo furniture, travel and spend time with her family. She loves working with the community and hopes to help each family in need at Fort Howard Memorial Park plan their final resting place. 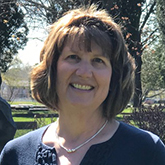 Annette was born and raised in the Green Bay area and has worked with the local community for many years. She is married and has twin sons. Annette enjoys spending time with her family, especially her granddaughter. In the summer, she loves to be outside gardening and biking. In the wintertime she likes to visit her parents in Florida and go snow-shoeing when she is at home. 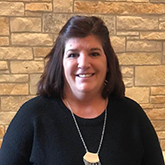 Cheryl joined Fort Howard Memorial Park in 2021 as an Administrative Assistant.  We are pleased to have her on our team. 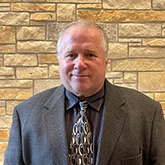 Dean was born in Wausau, WI. He has lived in Kaukauna since he was 5. Dean has a BBA from St. Norbert College in DePere. He owned his own business for 32 years.  Dean has two sons and two dogs, enjoys golf baseball and football. He grows coleus plants in the summer. Dean wants to be of service for families at their time of need. 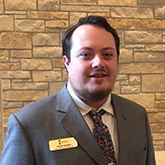 Tyler was born in Upper Michigan and moved to Green Bay, WI at a young age. He graduated from Preble High School and attended UW-Milwaukee. As a film student, Tyler wrote and directed a film that played in the short film corner at the Cannes Film Festival in France. Tyler loves playing and watching sports as well as writing songs, playing his guitar, and spending time with his wife. Welcome, Tyler! 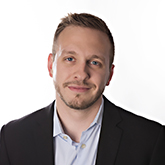 David oversees Pre-Need sales at our Wausau, Green Bay and Milwaukee cemetery locations as well as ensuring that our Family Service Counselors maintain appropriate follow up with all families who have property at our parks. 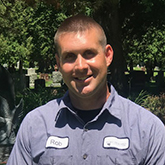 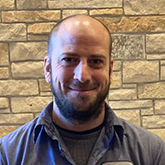 To be the most respected, responsible and value oriented provider of cemetery products and services in the community.

To be the recognized cemetery leader in our community, to remain family owned and operated, and to provide caring, compassionate service for many generations. We will maintain beautiful and peaceful surroundings for the deceased and their families while continuously honoring the memory of those who have passed away before us by preserving the genealogy and heritage of their lives.